It’s been 45 years since K & K Sanitation, Inc, was born and began the business of hauling away trash from homes and businesses in Duchesne County and western Uintah County.

Company owners Mark and Meredith Kettle, and Marlene Kettle have announced a partnership with Uintah Basin Technical College to support a demographic of students that often go unnoticed.

The Kettle family decided they want to bring even more opportunities to the Basin by helping those who may need assistance obtaining a college education, announced UBTech President Aaron Weight.

“UBTech is incredibly excited to have K & K Sanitation as our newest scholarship partner,” said Weight. “The Kettle family are great examples of continuing the family’s generational legacy of giving back to the community they love.”

“We just wanted to help,” said Mark. “Let’s help someone find a trade and provide some extra financial assistance.”

Brothers, Mark and Elvin Kettle, started their business after they finished their uncle Carl Betts’ waste management contract with Roosevelt City. The pair bid to renew the contract with their new business K & K, which they successfully did, with only two trucks to serve the city.

“For the first few months we didn’t have any income. We were scraping to make ends meet,” said Marlene who was married to Elvin.

After the brothers took care of the trash routes in the mornings, they would work on their own farms. Their nights were spent fixing the garbage trucks and working on their equipment.

“Elvin’s goal was to create something for his posterity and to keep his children around him,” Marlene explained. Although Elvin passed away in 2015 from injuries sustained in an accident, he lived to see his dream of operating a successful business venture with his brother come to fruition.

They ran the business out of their home, with an office for the accounting books and then the dispatch radio would have chatter all day and even into the night. “At one point the radio was in my room,” said daughter of Marlene, Deb Emery, as they laughed reminiscing.

As the city and county grew, so did K & K Sanitation. In 1991 they introduced 30-yard metal containers for larger commercial dumping. In 1992 they opened the transfer station to the public so area residents and businesses could dispose of trash without a long trip to the Uintah or Duchesne county landfills.

In 1994 they introduced the automated can system in operation today. In 1998 entirely on their own starting from the ground up, they constructed their office building in Ballard where K & K Sanitation headquarters are now located.

“We can literally say we built this business with our own two hands,” said Mark.

Mark and Elvin’s passion for working with their hands started before they went into the waste disposal business together. After graduating from Union High, the brothers moved to the Wasatch Front to attend a trade school to study mechanics.

There, they met their future wives who were roommates, Marlene, and Mary (also known as Meredith). A few years later and now both married, they returned to the Uintah Basin where they started the family legacy.

The business has expanded throughout Duchesne County and western Uintah County, including serving the Ute Indian Tribe. Currently with 14 trucks and 23 employees.

Throughout the years, the Kettle family has had strong ties with UBTech.

According to Mark, the Kettle family and others helped pour the concrete for the UBTech automotive shop. Several family members and employees have taken classes and earned certificates in cabinetry, automotive, welding, business, CDL and nursing.

The most current family graduates are Catlien Kettle who earned her Culinary Arts certificate and Shane Riley earned his Tire and Lube Technician certificate.

Mark and Marlene remember Dan Dennis and Garth Sorensen for their efforts in bringing what was then known as “the vocational center” to Roosevelt almost 55 years ago.

“They deserve big kudos for bringing technical education here to the Basin,” said Mark. “I don’t think these kids realize the blessing they have to have this college here.” 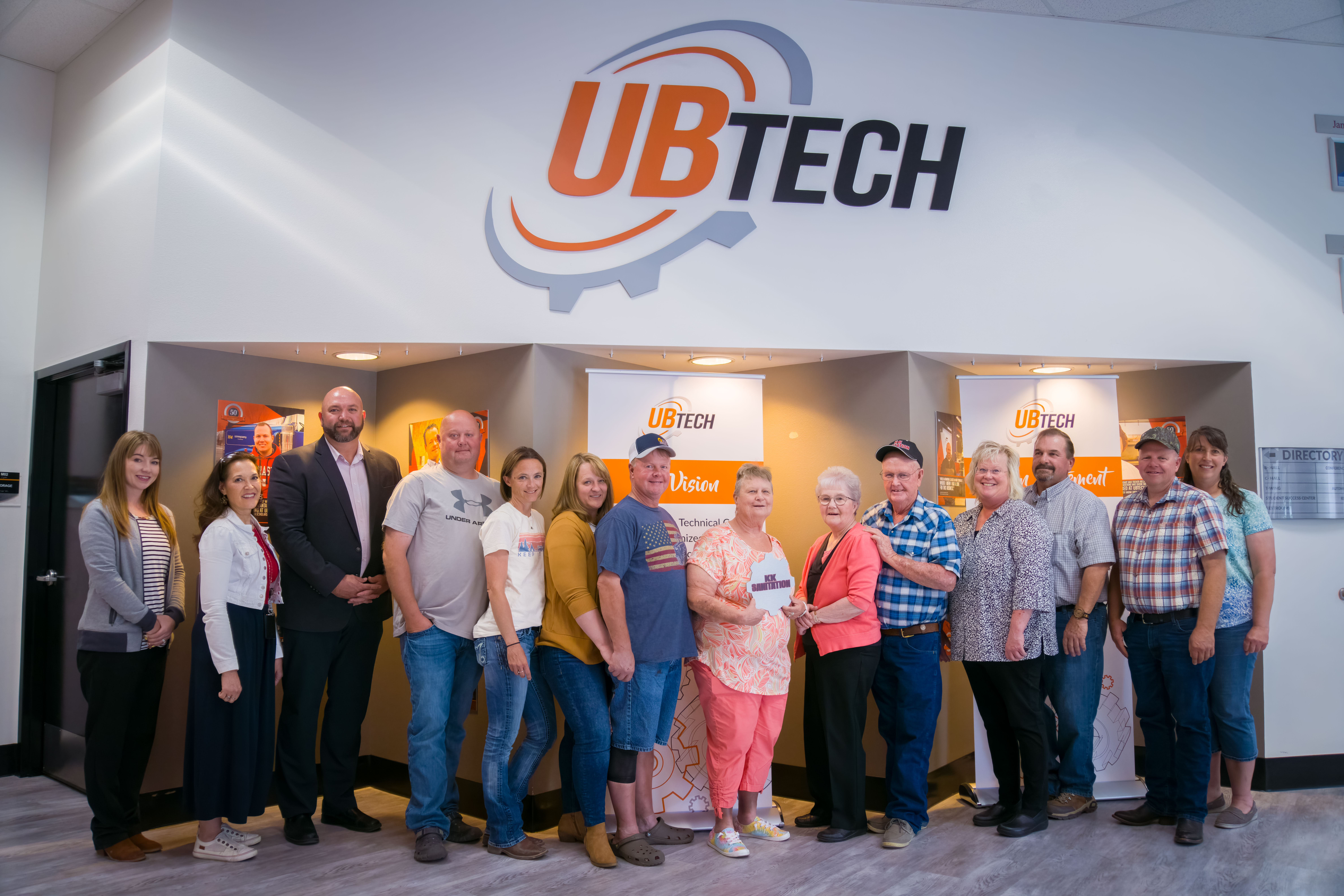 UBTech representatives pictured with the family-owned business, K&K Sanitation. The Kettle Family was celebrated for their new scholarship offering to benefit students at UBTech.